There Once Was a Girl (Who Chose to Be Beautiful) 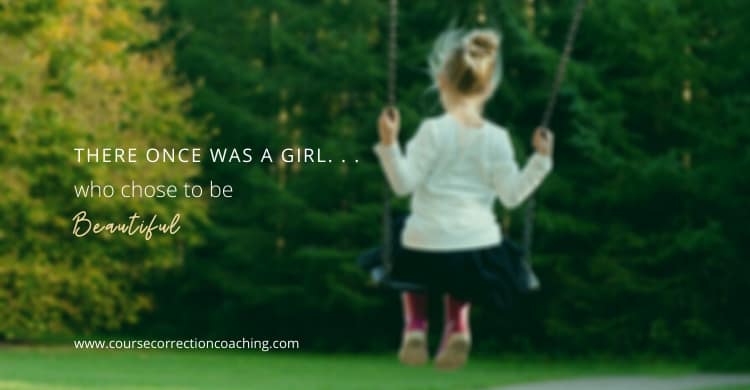 You never know how strong you are, until being strong is your only choice. Bob Marley

There once was a young girl full of self-doubt and inner demons that felt as if they were eating her away from the inside.  She lived in fear of the world, the people in it and who she was destined to become.

Her life experiences were mostly about. . . Adversity.  Suffering.  Disappointment.

The girl believed that luck would never be hers. She was trapped within a life whose future couldn’t be changed.

This young girl believed within her soul that she would never be good enough, pretty enough or strong enough.  And that God had forgotten about her.  Because she was unimportant. . . a nobody.

If only she could have seen how beautiful she truly was and that she wasn’t forgotten.  But she couldn’t (at least not yet).

As a young girl, she escaped into the world of books.

She loved the stories of amazing people living in beautiful, rich worlds.  And that in these places, people could break free from their lives and transform from a nobody to someone important.

Her stories sparked her imagination.  She constructed a new world of her own that became her sanctuary, into which she escaped often.

As the young girl grew into a young lady, her imaginary world began to feel less and less real. Until one day it died.

So she fled deeper into the stories and worlds within her books. But soon her knowledge about the real world also invaded the imaginary ones of her stories.  And so her books were no longer the sanctuary they had once been.

That’s when the young girl decided to be smart.

Although she may never be good enough, pretty enough or strong enough, she could work hard to be smart enough.

And so the young girl worked hard. She studied.  And all that hard work paid off.

As she grew into a young lady, she continued to excel in her studies.  And she built self-confidence. That’s when she realized that. . .

She hadn’t understood the true meaning of beauty.

Once in college, the young lady recognized that she had a choice to make.

She could continue to believe that she wasn’t good enough, pretty enough or strong enough.  Or she could make a choice that would change how she viewed herself, her future and even the world around her.

So she chose to be beautiful.

She wasn’t just good enough (she was more).  And she wasn’t merely strong but resilient.  She realized that her strength was not a physical strength – it was inner strength forged within her from her past experiences (and even fears).

And forget about pretty.  She was no longer interested in pretty.  Instead, she would be beautiful.

Beauty is created from within.  And to be beautiful is a choice.

She finally understood that she was worthy, and that God loved her.  And that it was time for her to act accordingly.

This woman (who is no longer quite so young) is no longer afraid of her own shadow.  She is fierce and stands up for herself and others.  She’s a fighter.

And she’s ready to stand up and fight for you.

Because you, dear reader, are also beautiful and worthy.  Even if you don’t realize it yet.

If you’re ready to be the confidently fierce being you were created to be, start here:

5 Effective Tools to Stop Living in Fear and Worry

How to Be Happier Now (VIDEO)

How to Set Goals for Building Self-Confidence and Fulfillment

And be sure to: